Y. Z. Hsu Memorial Foundation, which is the first private technological foundation approved by the Ministry of Science and Technology, is founded on the mission of “technology and innovation”. FENC is in charge of the coordination and execution of foundation affairs. Since 2002, the Foundation has been hosting Y. Z. Hsu Science Award to encourage the academic world to devote efforts into technological research and development. In 2009, the Foundation started the Taiwan Young-Student Physics Tournament with National Taiwan Normal University to build a solid foundation in science education among young students in Taiwan, helping them develop skills in English, physics and logical thinking. Starting from 2013, the Foundation has been hosting Y. Z. Hsu Youth Innovation Forum and providing a platform of dialogue between students and scholars. In addition, since its inception, the Foundation has been sponsoring research projects and programs related to technology, devoting nearly NT$1 million in sponsorship yearly. In 2018, the Foundation sponsored projects such as Modern Engineering and Technology Seminars well as AI and Fintech Forum. 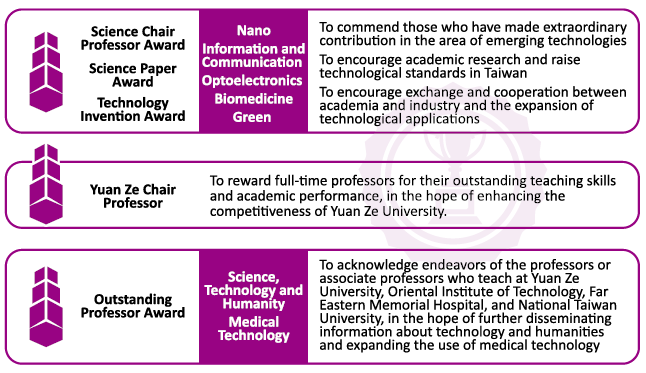 Mr. Morris Zhang, founder of TSMC was invited to give keynote speech during the award ceremony. He spoke on “Creativity, Innovation, Entrepreneurship” and used the development of transistor as an example to demonstrate how a basic concept can change the world, and change people’s lives through business applications. He encouraged award winners to engage in industry-academia collaboration and startups. 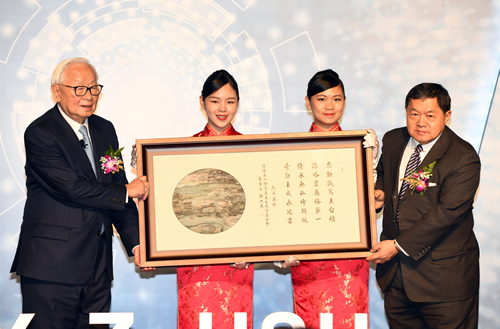 Since its inception, Y. Z. Hsu Science Award has presented 336 awards and NT$140 million in prize to the winners. It is one of the most prestigious science awards in the nation. The panel of judges was restructured in 2018 to bring additional expertise and gender equality. Currently, over 80% of the judges are academician of Academia Seneca, and 20% are female. 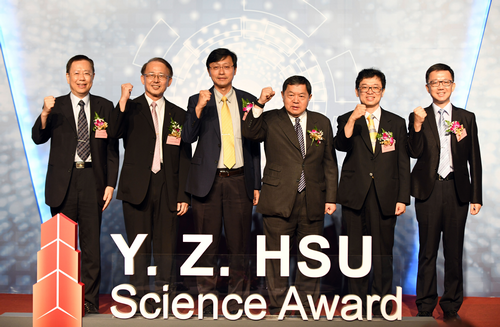 Since 2009, Y. Z. Hsu Memorial Foundation has been co-hosting Taiwan Young-Student Physicists’ Tournament with Department of Physics, National Taiwan Normal University. This is the first English physics debate for high school students in Taiwan. The tournament aims to develop students’ English, physics and logical thinking skills, and establish a firm foundation of science education for young students. The debate is completely modeled after International Young Physicists’ Tournament (IYPT). The contest includes experiment, simulation, as well as making arguments and counterarguments during the debate. Contestants must possess certain level of English proficiency, dialectical thinking and be able to work within a team in order to succeed. Three gold medals, 5 silver medals and 5 bronze medals were awarded, and the champion team is selected from the gold medal teams. In addition, 10 individual contestants were awarded for their performance. Prize for the gold medal team is NT$150,000, NT$60,000 for the silver medal team, and NT$30,000 for the bronze medal team. Individual award winners receive NT$10,000 in prize. The total prize awarded for the tournament is NT$1 million, which is the highest for high school science competition in Taiwan.

2018 marks the 10th year of Taiwan Young-Student Physicists’ Tournament. The award ceremony was held on March 19th. A total of 26 student teams from northern, central and southern Taiwan participated. All Niters from American School in Taipei won the champion. ExcelPhy and The Vegan from Concordia Middle School won the other two gold medals. Students who performed exceptionally during the competition were chosen to represent Taiwan to compete in the 31st IYPT held in Beijing in July 2018. About a dozen college professors helped train the students, and Team Taiwan won the bronze medal in group competition of 32 countries. With the sponsorship of the Foundation, Team Taiwan has won 1 gold, 5 silver and 3 bronze medals in IYPT since 2010. The performance is extraordinary. 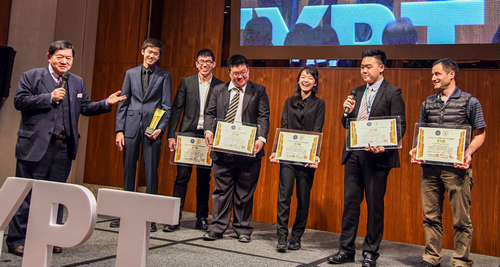 Y. Z. Hsu Memorial Foundation has been hosting Y. Z. Hsu Youth Innovation Forum since 2013, providing a platform for dialogue between scholars and young students, which is significant for promoting technology. Y. Z. Hsu Memorial Foundation co-hosted the event with Tech News on September 29th, 2018. The theme is “Identify diverse technological values; Create interdisciplinary innovation and competition”. Among the speakers invited are 2 professors from National Taiwan University, Dr. Chi-Kuang Sun from the Graduate Institute of Photonics and Optoelectronics and Dr. Pi Tai Chou from Chemistry Department. They spoke on “Breaking the Mold, Redefining the Research Perspective” and “How to create academic values and foster distinctiveness”. Mr. Chih-Yang Wu, President of Yuan Ze University served as the moderator for the panel discussion with the two speakers to explore how to develop interdisciplinary abilities and innovative thinking while focusing on the academic research.

Nearly 100 participants were in attendance during the forum. Most of whom are recent college graduates. The participants expressed their satisfaction toward the forum, with 93% satisfied with the keynote speech and 96% with the panel discussion. Most participants found this forum to be inspiring. 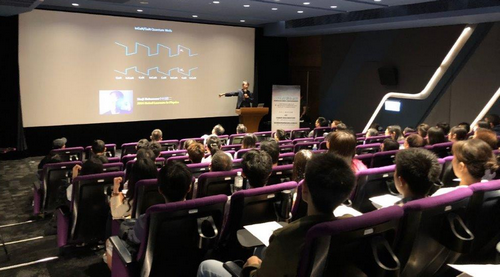