Asian Contest of Architectural Rookie’s Award started in 2012. The award aims to foster growth in architecture students through a transparent jury process which provides reviews, questions and critiques. Therefore, the focus of this contest is on the dialogue between the students and the jury. Taiwan’s participation started in 2014 and the representatives are selected through Far Eastern Architectural Young Talent Award. Far Eastern Memorial Foundation provides the travel expenses and accommodations for the Taiwan representatives. This international competition provides opportunities for Taiwan to engage in direct discourse with architectural students throughout Asia and establish a platform of exchange for education in Asian architecture.

The 7th Asian Contest of Architectural Rookie’s Award was held in Taiwan for the first time and co-hosted by Far Eastern Memorial Foundation, Yuan Ze University and Taiwan Executive Committee of the award. The final jury and award ceremony were held on November 2nd and 3rd, 2018 with 20 young talents from 13 Asian countries among the finalists. Pham Duy Tan from Vietnam won the Highest Rookie Award with his work, Arrival of the Floral Boats. Yung-Chi Liu from Feng Chia University, who is representing Taiwan, and Vo Thi Thao Uyen from Ho Chi Minh City University of Architecture won the Excellent Rookie’s Award. This year’s performance set the record for Taiwan. 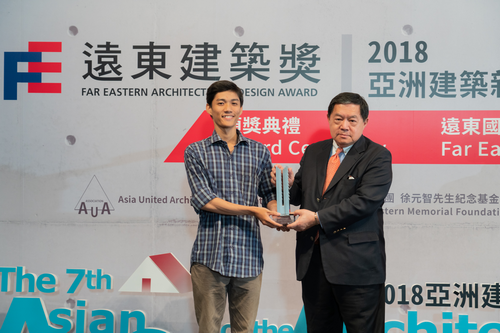 Far Eastern Memorial Foundation continues to host Far Eastern International Forum for Architecture to address development trends in the human society and sustainability issues from the perspective of architectural design. The Foundation invites world-renowned architects to give keynote speeches and encourage participants to share their experience.

To draw public attention to the design of social housing, Far Eastern Memorial Foundation and Department of Art and Design, Yuan Ze University co-hosted the International Forum for Architecture– Society•Housing•Design on March 29th, 2018. Over 10 field experts from China, Japan and Taiwan shared their wealth of experience in public housing design. During the forum, experts explored ways of modifying residential design to suit different family structures and challenge the architectural possibilities. The design must take into consideration the residential environment for different lifestyles, for instance, people with physical disabilities, the elderly, elderly singles and DINK. In addition to meeting the needs of the inhabitants, considerations should also be given to the structure and materials, which must co-exist with the environment in harmony. Hence, the forum also explored issues such as structural design with adaptability to natural disasters such as earthquakes and the use of recycled building materials for green architecture.

Focusing on the theme of sustainable architecture, Far Eastern Memorial Foundation invited the emerging Japanese architect, Mr. Hirokazu Suemitsu, to speak on Form of Wind, Form of Heat, Form of Architecture on September 8th, 2018. During which, he provided feasible architectural solutions that emphasize sustainability and address climate change to reach a spatial form that may coexist peacefully with nature. On November 3rd, Mr. Arthur Huang, an architect who specializes in green architecture in Taiwan, was invited to give a speech. Huang is the founder of Miniwiz, the design team behind FE EcoARK. He spoke on “Building with Waste” and talked about ways of developing technology for recycling waste and reducing carbon emission through architecture which balances design and environmental protection.

FENC has been sponsoring an array of arts and cultural events throughout the years to bring diversity to the public. Since 2009, FENC has sponsored 4 Cirque du Soleil performances, including Alegria, Varekai, OVO and Toruk – The First Sight. In 2015, the Company sponsored Odysseo by Cavalia. The Canadian group presented a kaleidoscope of equestrian, dance, live music, cutting edge technology and multimedia special effects in this performance. In 2018, the Company sponsored the performance of Fuerza Bruta Wayra from Argentina. This performance takes the audience beyond the conventional experience of enjoying the show on a single stage. The theater group built a 360 degree stage and surrounded the audience with special effects from all directions. The audience may interact with the performers up close. The 70-minute performance stimulates sight, smell and tactile senses, giving the audience a party-like atmosphere. 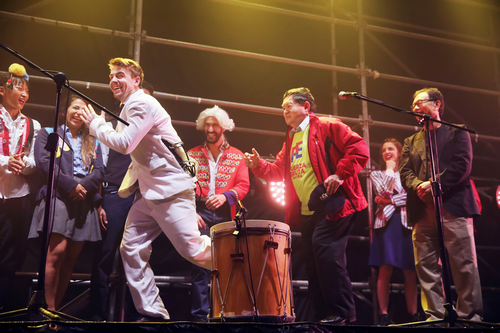 To promote traditional Taiwanese culture, FENC sponsored the Taiwan Lantern Festival held in Chiayi in 2018 and provided 5,000 windbreakers for the volunteers at the festival.