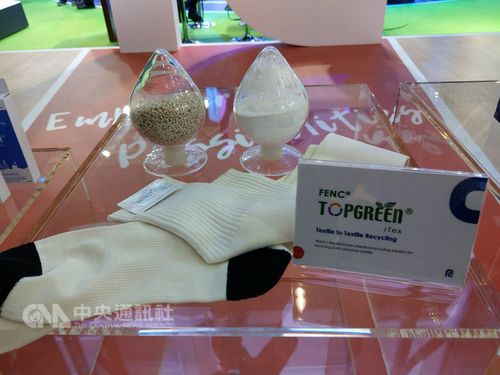 Taipei, June 4 (CNA) Far Eastern New Century Corp., one of the leading textile suppliers in Taiwan, has acquired a recycled polyethylene terephthalate (PET) firm in the United States as part of its expansion into polyester recycling development.

In a Monday posting on the Taiwan Stock Exchange, where Far Eastern New Century is listed, the company said through its subsidiary APG Polytech U.S. A., it spent US$10 million to acquire Phoenix Technologies International LLC, located in Ohio.

Currently, Far Eastern New Century is the second largest green recycling process company in the world, after it engaged in recycling in 1988 and then used the recycled materials to develop textile items at production sites in Taiwan, Japan and the U.S.

After the acquisition of Phoenix Technologies, the Taiwanese textile firm has now established three operational hubs in the U.S. in 18 months.

In early 2018, Far Eastern New Century acquired a production base in West Virginia and a research and development hub in Ohio from U.S.-based M&G, one of the world's largest PET producers.

At the end of 2018, Far Eastern Century teamed up with two partners to acquire a plant located in Corpus Christi, Texas with an annual capacity of 1.1 million tons of PET and 1.3 million tons of pure terephthalic acid. (PTA)

The firm said it will integrate Phoenix Technologies with the plant in West Virginia acquired earlier this year, to enhance synergistic effects.

The company added that the investment in Phoenix Technologies targets growing demand in the U.S. green recycling process market and eyes a partnership with multinational beverage brands and consumer product suppliers in the future.

To boost its support for a greener environment, Far Eastern New Century issued NT$3 billion (US$95.24 million) in green bonds on the over-the-counter (OTC) market in January 2018, making it the first local private manufacturer to sell such bonds on the local market.

The green bond initiative, promoted by the local capital market, is aimed at showing corporate responsibility with regard to environmental protection, with the proceeds going toward funding environmentally friendly projects.